Great NYT article about the teaching of reading. 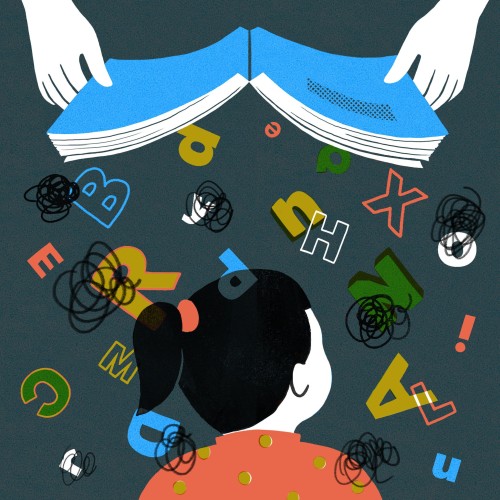 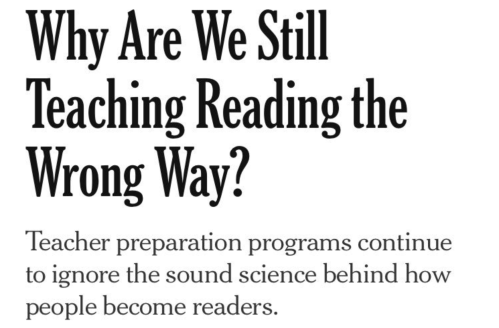 I haven’t really been blogging for a while. Our Reading for Meaning project has absorbed all of my time and I’m in the process of recruiting to help fill some of the gaps we have (more on that in a later post). The article below on the teaching of reading was first published by the New York Times on 26 October 2018 (thanks Jonathan for forwarding it on to me!).  It’s a great read and the accompanying podcast is also worth listening to. The article is summarising the new evidence-based consensus around how to teach children to read in alphabetic languages (which includes all the African languages). I don’t think it’s overstepping the mark to say that the ‘reading wars’ of old, which pitted Whole Language against Phonics are over. There is no empirical support for a Whole Language approach, and much of the earlier WL theories have now been debunked by neuroscience (See Seidenberg’s 2016 book). The best (and most recent) peer-reviewed article summarising the evidence is “Ending the Reading Wars: Reading Acquisition from Novice to Expert” by Castles et al. (2018) – well worth the read. If you want the more accessible explanation see the article below. In short, we need to do better when training Foundation Phase teachers (both current and prospective) and focus on scientifically-validated methods of instruction rather than theories or beliefs that have no empirical base. As Schleicher says “Without data you are just another person with an opinion.“

Why are we still teaching reading the wrong way? – Emily Hanford

Our children aren’t being taught to read in ways that line up with what scientists have discovered about how people actually learn.

It’s a problem that has been hiding in plain sight for decades. According to the National Assessment of Educational Progress, more than six in 10 fourth graders aren’t proficient readers. It has been this way since testing began. A third of kids can’t read at a basic level.

How do we know that a big part of the problem is how children are being taught? Because reading researchers have done studies in classrooms and clinics, and they’ve shown over and over that virtually all kids can learn to read — if they’re taught with approaches that use what scientists have discovered about how the brain does the work of reading. But many teachers don’t know this science.

What have scientists figured out? First of all, while learning to talk is a natural process that occurs when children are surrounded by spoken language, learning to read is not. To become readers, kids need to learn how the words they know how to say connect to print on the page. They need explicit, systematic phonics instruction. There are hundreds of studies that back this up.

But talk to teachers and many will tell you they learned something different about how children learn to read in their teacher preparation programs. Jennifer Rigney-Carroll, who completed a master’s degree in special education in 2016, told me she was taught that children “read naturally if they have access to books.” Jessica Root, an intervention specialist in Ohio, said she learned “you want to get” children “excited about what they’re reading, find books that they’re interested in, and just read, read, read.” Kathy Bast, an elementary school principal in Pennsylvania, learned the same thing. “It was just: Put literature in front of the kids, teach the story, and the children will learn how to read through exposure,” she said.

These ideas are rooted in beliefs about reading that were once commonly called “whole language” and that gained a lot of traction in the 1980s. Whole-language proponents dismissed the need for phonics. Reading is “the most natural activity in the world,” Frank Smith, one of the intellectual leaders of the whole-language movement, wrote. It “is only through reading that children learn to read. Trying to teach children to read by teaching them the sounds of letters is literally a meaningless activity.”

These ideas had been debunked by the early 2000s. It may seem as if kids are learning to read when they’re exposed to books, and some kids do pick up sound-letter correspondences quickly and easily. But the science shows clearly that to become a good reader, you must learn to decode words. Many whole-language proponents added some phonics to their approach and rebranded it “balanced literacy.”

But they did not give up their core belief that learning to read is a natural process that occurs when parents and teachers expose children to good books. So, while you’re likely to find some phonics lessons in a balanced-literacy classroom, you’re also likely to find a lot of other practices rooted in the idea that children learn to read by reading rather than by direct instruction in the relationship between sounds and letters. For example, teachers will give young children books that contain words with letter patterns the children haven’t yet been taught. You’ll see alphabetical “word walls” that rest on the idea that learning to read is a visual memory process rather than a process of understanding how letters represent sounds. You’ll hear teachers telling kids to guess at words they don’t know based on context and pictures rather than systematically teaching children how to decode.

Many teachers learn these approaches in their teacher preparation programs. Publishers perpetuate these ideas, and school districts buy in. But colleges of education — which should be at the forefront of pushing the best research — have largely ignored the scientific evidence on reading.

The National Council on Teacher Quality reviewed the syllabuses of teacher preparation programs nationwide and found that fewer than four in 10 taught the components of effective reading instruction identified by research. A study of early-literacy instruction in teacher preparation programs across the University of North Carolina system found that instructional strategies based on research were mentioned “in a cursory way, if at all, on most syllabuses.” (Some instructors required students to write their “personal philosophies” about how to teach reading.) Kelly Butler of the Barksdale Reading Institute in Mississippi interviewed more than 100 deans and faculty members of schools of education as part of a study of teacher preparation programs in the state and found that most of them could not explain basic scientific principles about how children learn to read.

It’s not just ignorance. There’s active resistance to the science, too. I interviewed a professor of literacy in Mississippi who told me she was “philosophically opposed” to phonics instruction. One of her colleagues told me she didn’t agree with the findings of reading scientists because “it’s their science.”

There is no excuse for this. Colleges of education have to start requiring that their faculties teach the science of reading. Children’s futures depend on it.

Emily Hanford (@ehanford) is a senior education correspondent for APM Reports and the producer of the audio documentary “Hard Words: Why Aren’t Kids Being Taught to Read?” This article is based on her reporting for that project.