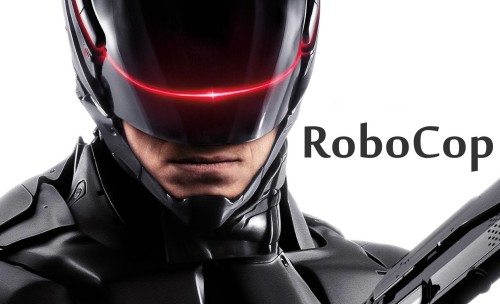 Yesterday I decided to go and watch the new Robocop movie at Montecasino. I’ve never been to Montecasino before and, for those who haven’t been before, it is quite a surreal place. They have tried to recreate an Italian piazza inside a gigantic building. There are cobblestone roads and Tuscan buildings, complete with window-sills and balconies. There are trees and fountains and all the other things you might expect in some rural Italian village (albeit a highly commercialized one). The main thing that was weird for me was that the “time” inside seemed to be permanently set at around 5:30/6pm. I’ve heard of this happening in casinos where they try and fool people into thinking it’s evening time when in fact it might be 10am. People are immediately lulled into an evening mind-set and the usual evening familiarities (especially drinking alcohol) kick in. This was the first thing that made me feel a little uneasy in this place, and the feeling didn’t go away until I left the “building”.

Then I watched Robocop. It’s a great movie and the gist of the story is as follows: 1) Awesome, honest, handsome likeable cop gets blown up in a car-bomb after investigating corruption, 2) tech firm approaches grieving wife and asks if they can try out a new technology which integrates man and machine and would save her husband’s life, and 3) the bad tech firm actually plans on using it as a big Trojan-Horse PR scheme to make the American people love robots and overturn a law prohibiting “autonomous” machines in the US. As I’m sure you can already see, it touches on a number of important ethical and philosophical questions. Where is the line between man and machine when we start integrating the two? When we have chips in our brains that control part of our functioning (identifying and eliminating baddies in Robocop’s case), are we responsible for those actions? What is the definition of agency? Consciousness? At what point does a human become a machine? Is a human brain planted on a mass of body-machinery still a human? What is the test for “being a human”? These may sound like ‘out-there’ questions, but they will soon be very much ‘in-here’ as these kinds of questions come before congresses and parliaments around the world. Lant Pritchett recently said something to the effect of: “Change takes longer than you think but happens quicker than you think” which I think I agree with. The time between the first airborne flight (1903) to the first man on the moon (1969) was only 66 years! Or look at how quickly we have evolved from Pagers to Google Glasses. It’s not simply that the rate of new technology is accelerating, but that the growth in the rate of acceleration is also growing. Scary stuff.

When I came out of the movie I saw an 82-inch ultra-HD television standing right there with such clarity and precision it looked completely surreal. I was mesmerized. By this stage I was laughing to myself. Then the final straw was when we sat down for dinner at a random restaurant and the waiter hands us iPad-menus! This is first time in my life that I have been given a digital menu, but it makes complete sense. When the net-cost-benefit of technology is lower than the net-cost-benefit of physical menus, digital menus will become ubiquitous. Obviously.

On a more philosophical note I think one of the reasons why the rate of growth in technology scares me is because the youth are far more likely to be the ones who invent, understand and appropriate new technology. Yet wisdom and experience are still concentrated largely among the aged (as they have always been). There is also a parallel in the technical and non-technical disciplines…

The ones creating new technology are often not the ones who contemplate or understand the moral, ethical or philosophical implications of those inventions. New technologies are not always benign. It is highly possible that facial-recognition technology was in existence long before there were any laws governing its use (I wonder if there are laws governing its use now?!). Is it OK to walk around in public with a camera that can match people’s faces to their Facebook profiles? Have those people given their consent to be identified simply by being outside? Do they need to give their consent? What are the implications for opt-in and opt-out rules when it comes to facial recognition? What about satellite surveillance? It’s completely unsurprising when you hear that 50-year old lawmakers are decades behind 20-year old hackers. While facial recognition may not sound like a big thing to many of you, the stakes are likely to escalate rapidly. If we found a way to “augment” sight and digitally record our stream of sight, is that legal? Why or why not? Currently the US is deciding whether or not Amazon can use drones to deliver Amazon parcels. While that may sound pretty quaint and novel, these type of questions are linked to bigger ones, especially the role we are willing to assign to robots in society. If robots can deliver parcels, can they also clear snow? drive buses? prescribe medicine? make citizens arrests? shoot criminals? Where and how does one draw the line between what robots can and can’t do?

Technology is advancing at a rapid pace and it won’t be long before these kinds of questions and terms become part of our everyday lives, words like “intelligent technology”, “thinking robots”, “artificial intelligence”, “smart phones”, oh wait…

Don’t get me wrong, I love tech and I’m a big fan of innovation and progress, but let’s not be caught  with our pants down surrounded by a small army of digital T-Rexes!

PS If you haven’t seen the Google Glasses intro check it out here (scary and cool) and also check out one of Google’s new robots, Big Dog, from the Boston Dynamics stable.