So this week is Maties Diversity Week at Stellenbosch University. While racial diversity is only one element of diversity, given that it was the primary mechanism for discrimination during apartheid, I thought it would be a good one to check. So I went looking for the racial composition of Stellenbosch University and thought I’d chuck in UCT for good measure. (UCT stats from here, SU stats from here). Obviously the major difference between UCT and SU is that SU is primarily an Afrikaans-medium university while UCT is an English-medium university*. Given the correlations between race and language, it is clearly more difficult to attract Black students to SU than it is to UCT (we could also talk about institutional culture and threshold effects but let’s not go there :). What was surprising to me is that there is a lot of talk about transformation at SU, but the numbers suggest very little transformation. In 2009 14% of the SU student population was Black, in 2012 that figure was only 16%. For UCT the figures are only slightly better growing from 26% in 2009 to 30% in 2012. As an aside, it’s helpful to remember that 80% of South Africa’s population is Black (according to the 2011 census). I was especially surprised by the nonexistent growth in the proportion of coloured students at SU (16% in 2009 and 16% in 2012). Given that most coloured students speak Afrikaans as a first language, recruiting the best and brightest coloured students seems like a no-brainer?

I do think that Stellenbosch is moving in the right direction. Recently the SU Council passed a motion that 30% of all first year residence places are reserved for previously disadvantaged students (see Res Placement Policy here), a move that was vehemently opposed by some former SU students.

The links between race, class, language and culture mean that transformation at SU was never going to be easy. Thankfully it looks like those in power at the University have their heads screwed on straight and realize that increased transformation is sorely needed. Given the tortured past that we have in South Africa, it is going to be a difficult task to balance the linguistic rights of Afrikaners with the rights to higher education of a previously disadvantaged and heavily exploited majority. One thing is crystal clear – the status quo is unsustainable and even more than that, it is undesirable.

*(That being said, there is a push to offer more and more courses in English as well as Afrikaans. for example, if you enrolled to do a BComm in 2013 you could do your entire course from start to finish in English).

“How do we correlate the data of science with the teaching of Scripture?” Read Tim Keller’s “Creation, Evolution, and Christian Laypeople” (PDF)

Before we rush headlong into a new year, it’s worth pausing, ever so briefly, to consider the ground we covered in 2011. What topics resonated with you … and jazzed us? Today, we’re highlighting 10 thematic areas (and 46 posts) that captured the imagination. Chances are you missed a few gems here. So please join us on our brief journey back into time. Tomorrow, we start looking forward again.

1) Universities Offer More Free Courses, Then Start Pushing Toward Certificates: The year started well enough. Yale released another 10 stellar open courses. (Find them on our list of 400 Free Courses). Then other universities started pushing the envelope on the open course format. This fall, Stanford launched a series of free courses that combined video lectures with more dynamic resources – short quizzes; the ability to pose questions to Stanford instructors; feedback on your overall performance; a statement of accomplishment from the instructor, etc. A new round of free courses will start in January and February. (Get the full list and enroll here.) Finally, keep your eyes peeled for this: In 2012, MIT will offer similar courses, but with one big difference. Students will get an official certificate at the end of the course, all at a very minimal charge. More details here.

2) Cultural Icons at Occupy Wall Street: OWS was a big national story, and we were always intrigued by its cultural dimension — by the cultural figures who championed the movement. You can revisit performances/speeches by: Philip Glass & Lou Reed; Willie Nelson, Pete Seeger, and Arlo Guthrie; David Crosby and Graham Nash; Joseph Stiglitz and Lawrence Lessig; Noam Chomsky; and Slavoj Zizek. Also check out: 8 Lectures from Occupy Harvard and Artistic Posters From Occupy Wall Street.

3) Books Intelligent People Should Read: Neil deGrasse Tyson’s list “8 (Free) Books Every Intelligent Person Should Read” ended up generating far more conversation and controversy than we would have expected. (Users have left 83 comments at last count.) No matter what you think of his rationale for choosing these texts, the books make for essential reading, and they’re freely available online.

Tyson’s list dovetails fairly nicely with another list of essential texts — The Harvard Classics, a 51 volume set that’s available online. According to Charles W. Eliot, the legendary Harvard president, if you were to spend just 15 minutes a day reading these books, you could give yourself a proper liberal education. And that could partly apply to another list we pulled together: 20 Popular High School Books Available as Free eBooks & Audio Books— the great literary classics taught in classrooms all across America, all free…

4) Christopher Hitchens and Stephen Fry: Christopher Hitchens left us this past month. And, until his last day, Hitchens was the same old Hitch — prolific, incisive, surly and defiant, especially when asked about whether he’d change his position on religion, spirituality and the afterlife. All of this was on display when he spoke at the American Jewish University in Los Angeles last February. We covered his comments in a post called, No Deathbed Conversion for Me, Thanks, But it was Good of You to Ask. And even from the grave, Hitchens did more of the same, forcing us to question the whole modern meaning of Christmas.

During Hitch’s final days, Stephen Fry emceed a large tribute to his friend in London, an event that brought together Richard Dawkins, Christopher Buckley, Salman Rushdie, Lewis Lapham, Martin Amis, poet James Fenton and actor Sean Penn. It’s well worth a watch. But you also shouldn’t miss some other great videos featuring the wisdom of Mr. Fry — his introduction to the strange world of nanoscience, his animated debate on the virtues (or lack thereof) of the Catholic Church, and his thoughtful reflection, What I Wish I Had Known When I Was 18.

5) Four for the Fab Four: John, Paul, Ringo and George. We sneak them in whenever we can. A sprinkling here and there. This year, we served up an ever-popular post, Guitarist Randy Bachman Demystifies the Opening Chord of ‘A Hard Day’s Night’, and a no less popular freebie: Download The Beatles’ Yellow Submarine as a Free, Interactive eBook. Trailing right behind are two other good Beatles picks: All Together Now: Every Beatles Song Played at Once and The Beatles’ Rooftop Concert: The Last Gig.

6) Wisdom from Great Philosophers: Want the chance to take courses from great philosophers? Here’s your opportunity. Our meta post brought together courses/lectures from Bertrand Russell, Michel Foucault, John Searle, Walter Kaufmann, Leo Strauss, Hubert Dreyfus, and Michael Sandel. You could get lost in this for days. Also while you’re at it, you should check out The History of Philosophy … Without Any Gaps, an ongoing podcast created by Peter Adamson (King’s College London) that moves from the Ancients to the Moderns. Plus we’d encourage you to revisit: Noam Chomsky & Michel Foucault Debate Human Nature & Power in 1971.

7) Vintage Film Collections: Scouring the web for vintage films. It’s something we love to do. In 2011, we brought you 22 films by Alfred Hitchcock, 25 Westerns with John Wayne, 32 Film Noir classics, and a series of films by the great Russian director Andrei Tarkovsky. All are listed in our big collection of Free Movies Online.

8) Back to the Future: We had fun going back — way back — and seeing how past generations imagined the future. Arthur C. Clarke Predicted the Future in 1964 … And Pretty Much Nailed It. Before that, American fashion designers looked roughly 70 years into the future and guessed how women might dress in Year 2000. Turns out fashion designers aren’t the best futurists. And, even before that (circa 1922), we get to see the world’s first mobile phone in action. Seriously!

9) Animated Films: 2011 started off on exactly the right note. On January 1, we featured Shel Silverstein’s animated version of The Giving Tree. Then some other gems followed: Destino, the Salvador Dalí – Disney collaboration that started in 1946 and finished in 1999; Spike Jonze’s Auprès de Toi (To Die By Your Side), a short stop motion film set inside the famous Parisian bookstore, Shakespeare and Company; John Turturro narrating an animated version of Italo Calvino’s fairy tale, “The False Grandmother;” and a series of animated films featuring the voice of Orson Welles. Also let’s not forget these splendid animation concepts for The Amazing Adventures of Kavalier and Clay and, just for good measure, Terry Gilliam’s vintage primer on making your own cut-out animation.

10) New Archives & Art on the Web: Last but not least — 2011′s new archival projects that brought great culture to the web.

UCT has recently decided that they will allow students to download course materials from selected OCW sites without the downloads affecting their internet quotas. What a brilliant idea – hopefully Stellenbosch follows suit soon (To this end I’ve sent off a few emails to get the ball rolling). For those of us who are non-UCT students, and those who are new to OCW, the list of OCW sites they provide is auite useful – see “UCT list of main OCW sites” .

Yale jumps on the band-wagon 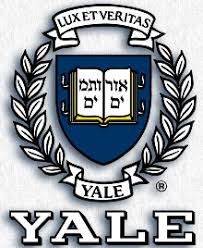 Yale has jumped on the Open-Course band-wagon, and what a wonderful band-wagon it is! Not only are they adding courses quite frequently, but their courses all contain a full set of downloadable video lectures. Wonderful! Yale’s motto ‘Lux Et Veritas’ (also in Hebrew on the logo) means ‘Light and truth’. Bravo!!

See the various departmental offerings below and the history course that has made its way onto my to-do list!