The Christian: a paradox 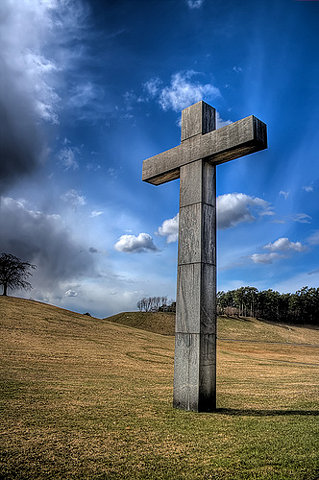 Below is an excerpt from a letter to Diogenetos….it’s from the second century! The letter is about Christians and how our lives are characterized by paradox:

“And yet there is something extraordinary about their lives. They live in their own countries as though they were only passing through. They play their full role as citizens, but labor under all the disabilities of aliens. Any country can be their homeland, but for them their homeland, wherever it may be, is a foreign country. Like others, they marry and have children, but they do not expose them. They share their meals, but not their wives. They live in the flesh, but they are not governed by the desires of the flesh. They pass their days upon earth, but they are citizens of heaven. Obedient to the laws, they yet live on a level that transcends the law. Christians love all men, but all men persecute them. Condemned because they are not understood, they are put to death, but raised to life again. They live in poverty, but enrich many; they are totally destitute, but possess an abundance of everything. They suffer dishonor, but that is their glory. They are defamed, but vindicated. A blessing is their answer to abuse, deference their response to insult. For the good they do they receive the punishment of malefactors, but even then they, rejoice, as though receiving the gift of life.”

This entry was posted in Christian, Quotes. Bookmark the permalink.