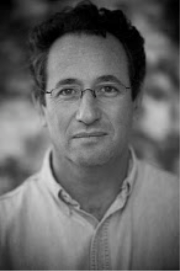 The aim of the Q&A series is to get an inside look into some of South Africa’s leading education academics, policy-makers and activists. This is the second interview in the series.

1)   Why did you decide to go into education and how did you get where you are?

In my first year of university (in the USA), I studied mathematics.  It became clear midway through the year that although I had been a good mathematics student in high school, university was a different story.  At the same time I began to get involved in anti-apartheid politics and slowly gravitated away from the sciences, ending up doing more politics and philosophy courses, eventually majoring in history and philosophy.  During my final year I was a little anxious that I would graduate without a marketable ‘skill’.  I saw on one of the notice boards a flyer offering students an opportunity to earn a temporary teacher ‘license’ simply by successfully completing ten weeks of teaching practice.

I spent the first year teaching in an excellent high school in Ithaca, NY.  I found the town a bit small, and was keen to spend some time in the big city.  It seemed like a good idea at the time to enrol in a Masters programme, not really thinking about the longer term implications.  After getting a part-time  job in New York City in a policy unit dealing with education, I got really hooked into the field.

A real mix.  I spend considerable time with administrative issues as the head of a division.  Mostly an hour sorting out emails in the morning and at least one meeting per day.  During the term, I spend up to three days a week teaching, preparing to teach, or consulting with students.  One full day is spent with my graduate students, and then I squeeze in research and reading and writing.  My best time of the year is January and early Feb, most productive research time.   One small note about the research time, a substantial number of hours goes into administrative aspects of research, eg. Fundraising, managing contracts, networking with stakeholders etc.

3)   While I’m sure you’ve read many books and articles in your career, if you had to pick two or three that have been especially influential for you which two or three would they be and why?

Impossible to answer.  Over the past few years I have been influenced by the work of David Cohen, Deborah Ball, Stephen Raudenbush, Richard Elmore.  They have fundamentally reoriented my thinking to pay attention to ‘instruction’.

4)   Who do you think are the current two or three most influential/eminent thinkers in your field and why?

The problem with the question is that while I read debates in the US, the issues and challenges in middle income/developing country contexts are substantially different.

5)   What do you think is the most under-researched area in South African education?

Overambitious curriculum, and the issues that Pritchett & Co have written about.  There continues to be a tendency to blame teachers, a lack of resources and learners background for educational failure, but my sense is that there are a host of issues related to ‘instruction’ that need careful and original study.

6)   What is the best academic advice you’ve been given?

While I was working in a soft-funded research unit in New York City, one of the senior researchers told me that I needed to think of academic life as thirds, one third fund-raising, one third doing the research and writing it up, and one third doing dissemination.  She didn’t do any teaching, but put research ‘work’ into perspective.

7)   If you ended up sitting next to the Minister of Education on a plane and she asked you what you think are the three biggest challenges facing South African education today, what would you say?

8)   If you weren’t in education what do you think you would be doing?

9)   Technology in education going forward – are you a fan or a sceptic?

10) If you were given a R5-million research grant what would you use it for?

I’d try to set up a small-scale Randomised Control Trial or counter-factual studies that provide robust evidence of initiatives or approaches that work.  R5m  would not go very far.

Some of the other academics on my “to-interview” list include Servaas van der Berg, Martin Gustafsson, Veronica McKay, Hamsa Venkatakrishnan, Ursula Hoadley and Stephen Taylor. If you have any other suggestions drop me a mail and I’ll see what I can do.

This entry was posted in Q&A. Bookmark the permalink.